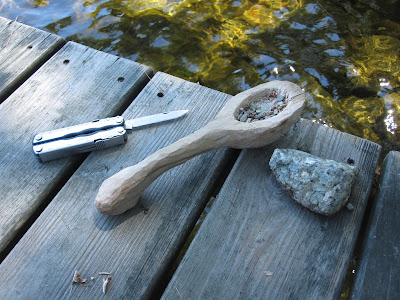 I tried to carve a spoon a few weeks ago.  It went well until I tried to carve the scoop.  I could really have used a curved blade.  Instead, I gouged it and ground it smooth with rocks.  It worked, but I'd rather have carved it instead.
Back at school, I was reminded of the "crooked carving knives" I saw on this site.  I love it when people provide lots of details on how they make things, even when they're trying to sell them, because it makes it a whole lot easier for me to try to make them.  So I tried making one.


I used an old sawzall blade that was missing some teeth.  I didn't actually use the one in the picture, I neglected to take a picture of the snaggletoothed blade before grinding it.  Boy, those things are amazing.  They sure take some kind of abuse. 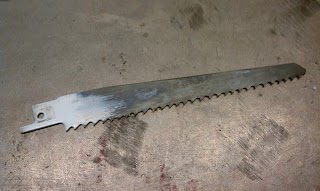 I ground it down to its gums on the bench grinder, then roughed out the shape. 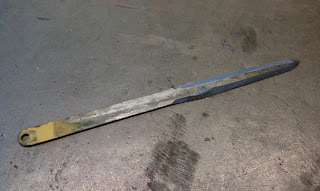 sanding the tang to remove the paint 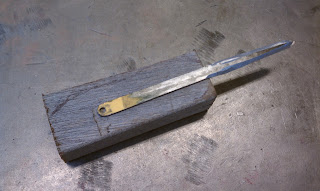 Handle made from loading dock hardwood.   Hole drilled in it,  oak whittled down to dowel of approximate hole size. 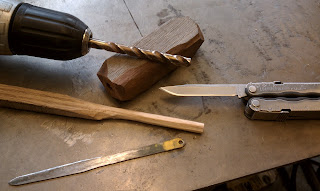 I then cut the dowel down the middle with the coping saw and whittled the two halves down further until they made a tight press fit into the handle with the tang sandwiched between. 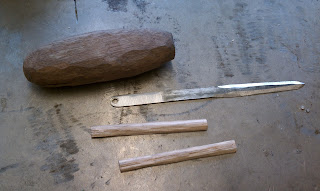 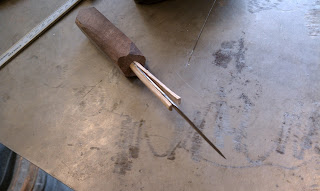 oil quenched and tempered with a propane torch.  The temper came out okay, but I'll try using an oven next time. 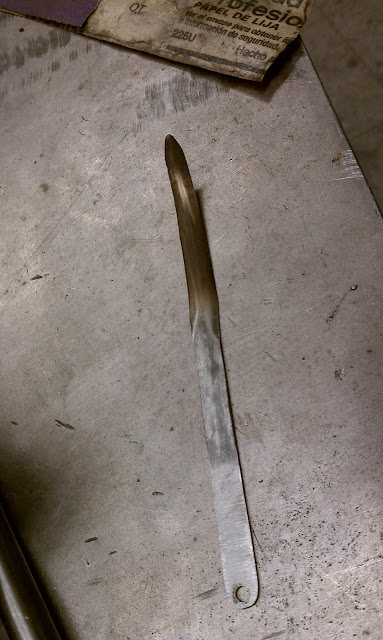 I think it looks a bit like a kiwi 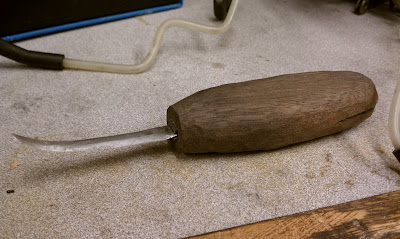 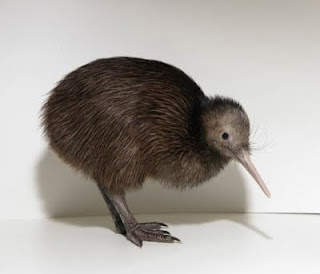 Update 11/7/12:
I've been using this knife on and off lately.  It's got a lot of flaws and could use revision.  I'll model my next one more like the knife I linked to earlier.