Last Summer, I hastily cut a tricopter frame from carbon fiber + foam laminate.  The stock I'd found wasn't large enough to make the whole thing, so I attached the arms with 4-40 nylon cap screws. 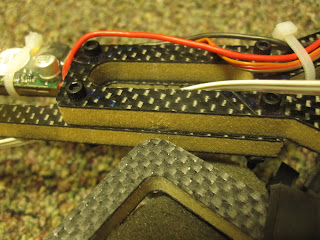 Well I crashed today (attempting a flip, needs more expo), and things were great!  Unlike last time, the frame worked as it was designed.  All I lost were a few nylon screws.  They sheared off in the impact, saving the harder to replace bits. 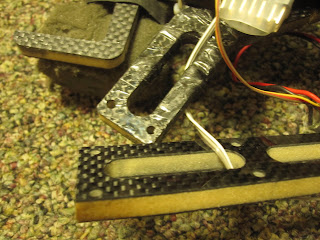 I went out flying tonight to test out some SMT LEDs mounted to the frame to help with orientation.  Banks showed me how to solder them up.
They work great.  I used red and green for port and starboard with a bright blue LED for the tail.  I took some long exposure shots in Walker, but the photos look as bright as day after exposing for 20 seconds. 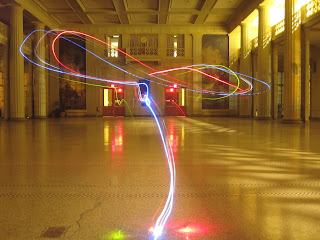 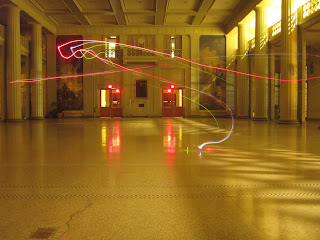 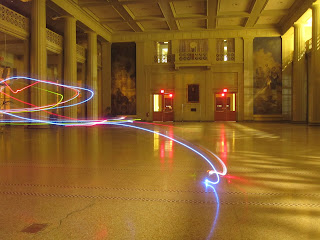 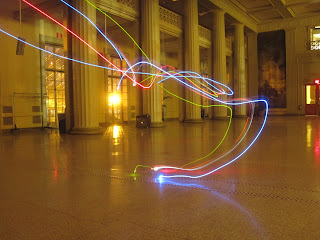